Here is Mr. Fox in a brand new and funny style! Beautiful and kind plush keychain in an amazing elaboration of details.

Here is Mr. Fox in a brand new and funny style! He will take the Little Girl throughout the film to discover the marvelous adventure of her neighbour, the story of the Little Prince…

This new Fox in the modern look seduces his numerous admirers and fans of the whole world in a quite soft and light version. Monsieur Renard now becomes your friend. This keyring in soft suedine will hook to your bag and follow you wherever life takes you to! Keeper of your keys, it will share with you a faithfull friendship, companion of all adventures you may live! 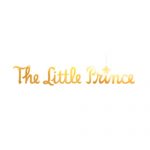 The Little Prince (Le petit prince), a French 3D animated fantasy adventure family film from 2015, is based on the 1943 short story of the same name by Antoine de Saint-Exupéry, which is the most famous work of modern literature and has been known for generations. This first feature film adaptation of The Little Prince became the most successful French animated film screened so far abroad.

No products in the basket.